I recently spent quite a bit of time speaking with former Wall Street colleagues who are in equity research, institutional sales and investment banking as well as chief investment officers at some of the largest family offices. A common theme amongst my capital markets buddies’ is the perception many new equity research analysts, have not learned how to deliver their investment thesis and stock recommendations in a way people want to pay attention. In short, new analysts need to learn how to tell a story because more than 85% of the job is sales and marketing not number crunching.

For example, one Chief Investment Officer told me he listened intently to every morning research call “back in the day,” but does not know anyone else who does so anymore. To get investors to pay attention, analysts need to learn how to tell a story. It’s important because the audience needs to understand their investment thesis for selecting stocks to buy and sell which is akin to solving an incomplete puzzle while constantly being bombarded with new information. Think drinking from a firehose. 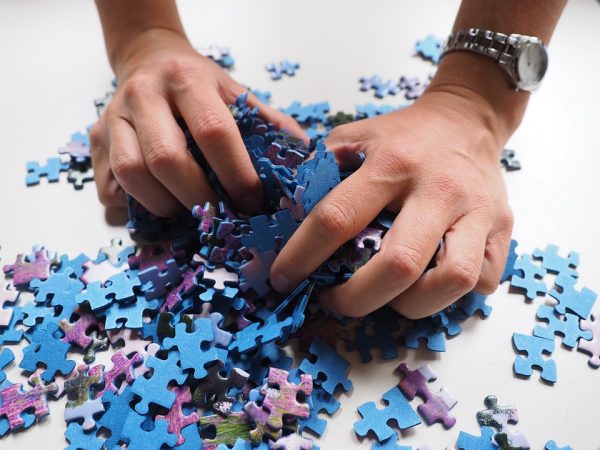 The discussions reminds me of a conference call hosted by a Telecommunications Equipment and Enterprise Hardware analyst at a bulge bracket firm in mid-December of 2016. The call was supposed to be about 60 minutes where the analyst was going to give us his 2017 outlook for the group. The prepared remarks was about 20 minutes, which is normal. However, there was only a single question from a single client.

I should not have been surprised at the lack of interest. In fact, I never understood the purpose of the analyst’s call nor the message he was trying to convey. The call, in my opinion, had no focus, no theme, no message and no call to action. It was also quite disorganized. In short, the analyst did not tell a story. He referred to a lot of his “great” work, research and some great data analysis he performed. I’m confident he did all that, but I doubt he was able to make his message stick.

The analyst numerous times referred to specific pages in a report he had just published. For example, “our summary conclusion is on page X” and “we did some great data analysis on page Y.” Are you kidding me!?!

Let me let you in a a little secret. The person listening on the call in all likelihood does not have your report in front of them. He or she has one ear listening to the call, the other ear to CNBC, one eye is on a Bloomberg terminal and the other eye is on a second monitor. If you are not adding value, no one is listening. If the analyst hosting the call actually said which stocks he liked or did not like, I doubt anyone who was on the call would remember.

If a tree falls in the forest, does it make a sound? Well, in the equity research world, the answer would be no. How do you learn to tell a story? There are three frameworks you could use for reference.

You could pick up James Valentine’s book called “Best Practices for Equity Research Analysts.” He was an analyst at Morgan Stanley and Citigroup. More importantly, he ranked in the top three of Institutional Investor Magazine’s analyst poll for 10 consecutive years compared to my five. In the book, he discusses the essential elements of stock recommendations and trading decisions which he has broken down into a single acronym, CASCADE.

You could also try reading a book such as “Made to Stick” by Chip Heath and Dan Heath. In the book, the two brothers talk about what makes a story sticky and it follows the acronym SUCCES

Alternatively, you can try the strategy I followed before I read these books. When I listen to a conference call, I want to know why the call is relevant other than for the analyst to puff up his call sheet that he spoke to X number of clients. It’s not rocket science. The script outline is generally: 1) These factors will be driving my sector up or down next year; 2) These are the issues and factors we will be focusing on to track whether our thesis is on track or not; 3) these are the companies best positioned to exploit those opportunities; and 4) these are the stocks where we remain constructive (analyst speak for we would buy these).

It’s not rocket science, but it’s not easy either. Otherwise, everyone would and could do it. In the old days of Lehman Brothers, Jack Rivkin ran equities, while Fred Fraenkel and Steve Balog ran research. The three leaders hired great analysts that understood financial statement and securities analysis. However, the role of an analyst is at least 85% sales and marketing so analysts, regardless of seniority, had to go through a mandatory training program to learn how to tell a story regardless of audience or venue. It was a huge success. In fact, Lehman rose to the top of the research polls in a short period of time.

So if you want to help internal and external clients understand your investment thesis and make your calls more relevant, learn how to tell a story. – Alex Cena

P.S. At the end of Lehman’s analyst training program, we would all go to Sammy’s Roumanian Steakhouse on Chrystie St in New York for dinner but that’s another story…it is a tradition I kept as I joined other firms.