On November 10, 2016, I appeared on Season 2 Episode 206 of  CNBC’s Make Me a Millionaire Inventor, which aired at 10pm Eastern immediately following Shark Tank.  The company I was asked to evaluate was Hive Genie, which provides equipment and software solutions for commercial beekeepers.

It’s total solution monitor the health and welfare of their bee colonies through real-time data analytics  to maximize the pollination of high-value crops fruits and nuts critically dependent on bees.  It’s an interesting story worthy of monitoring.  The Hive Genie connects with people’s concern for health and sustainability of our food ecosystem as well as an investors’ search for a business model that generates an equipment sale up front plus recurring software licensing fees. 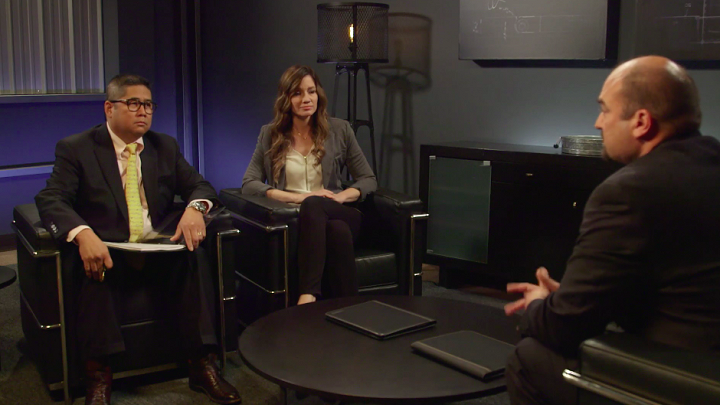 Alex Cena, a managing director with Puritas Capital, LLC sitting next to Deanne Bell co-host of Make Me a Millionaire Inventor, while Mario Chapa talks about Hive Genie’s business strategy

Bees are disappearing fast.  In fact, the nations beekeepers have lost about 44% of their colonies over the last 12-18 months due to disease, predation and over use of pesticides.  While this may seem minimal, many fruit and nut crops can generate $10,000 to $25,000 in revenue each year per acre.  This compares to only $200-$300 in revenue per acre per year for corn and wheat.  Without a healthy bee population, almonds would be difficult to grow since it’s almost entirely dependent on bees for pollination. California, for example, has about 750,000 acres of almonds, and each acre needs two bee colonies for pollination. Unfortunately, California doesn’t have that many bees so colonies are rented and trucked in from all over the country.

The Hive Genie is well positioned between the intersection of:  1)  Commercial Beekeepers to monitor the health and welfare of their colonies which generate revenue through honey production and pollination services; and 2) Farmers who rely on commercial beekeepers for pollination services to produce high-value crops.