I was in New York for an investor conference when I bumped into Lehman Brother’s former Chairman and CEO Dick Fuld on the streets of Midtown Manhattan.

The 11th Annual Farm to Market Conference hosted by Bank of Montreal’s BMO Capital Markets for institutional investors was held  on May 18-19, 2016 at the Grand Hyatt in New York City and I was lucky enough to have been invited to attend.  The conference enables investors to gauge the pulse of the entire food supply chain from agriculture, fertilizer, ingredients, commodities and consumer packaged goods.  In fact, more than 70 companies participated in panels and gave updates on their respective businesses.  It was a great conference and I learned a lot about the key growth drivers for the industry and many of the companies in particular.

However, the biggest surprise of the trip was bumping into Dick Fuld as I was returning from a private one-on-one meeting with an investor unrelated to the conference.  I was walking along Park Avenue when I noticed Dick speaking to another gentleman on the Northeast corner of 52nd Street.  It’s been a long time since I’ve sat down for a chat with Dick so I had to say hello.  He was at first surprised that someone would just walk up to him to say hello.  Once he remembered me though, Dick relaxed a bit and we chatted about old times.

In fact, we both recalled our last meeting together which was back in 1996.  AT&T was spinning off Lucent Technologies and every investment bank was after the business because it was to be the largest initial public offering (IPO) at the time.  The technology bankers did a lot to prepare for that meeting but AT&T only wanted to hear from Dick about Lehman’s commitment to a successful Lucent IPO and how I, as the Telecommunications Equipment Equity Research analyst, would position the company with institutional investors.  We gave it our best shot, but Goldman Sachs and Morgan Stanley got the nod to lead the transaction.

Can we do a selfie?

After reminiscing about old times, I asked him if we could do a selfie together and after some brief hesitation, he agreed to do so.  It was kind of him to accommodate my whim for a bit of nostalgia.  I shared the image with a number of my former colleagues at Lehman Brothers, who are now scattered throughout “the Street.”  The response ranged from positive surprise to anger.
In hindsight, it’s very easy to second guess his decisions before and during the financial crisis.  Many great books were written on the financial crisis and Lehman Brothers’ role specifically so I will not rehash those here.  But, many probably can agree that the fall of Lehman, in part,  was due to a government experiment to determine if our economic system can absorb the failure of a major financial institution.  Now we know the answer is no we cannot. 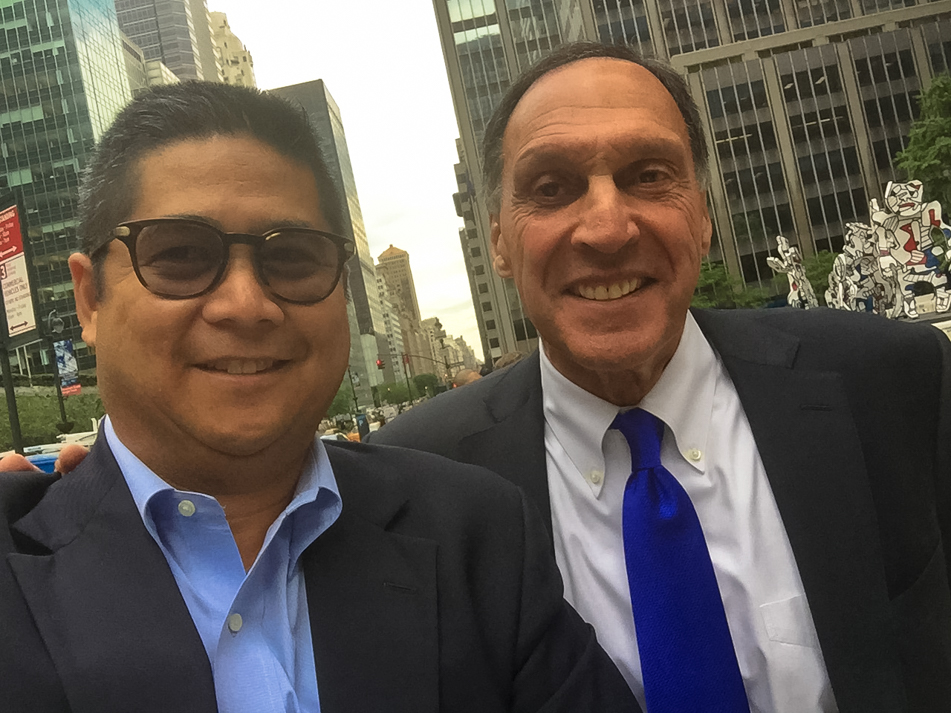